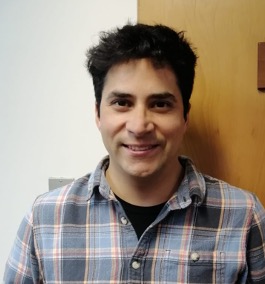 Hugo Ulloa, Civil Engineering & Ph.D. in Fluid Dynamics, U. de Chile. Assistant Professor at University of Pennsylvania.He obtained his undergraduate degrees in Engineering Science and Geophysics at Universidad de Chile. After receiving a diploma in Civil engineering, Hugo pursued a PhD in Fluid Dynamics at the same University. During his PhD, Hugo investigated the Degeneration of internal gravity waves in a stratified rotating basin via numerical and laboratory experiments. After his PhD, Hugo was appointed as Postdoctoral Scholar at the University of California, San Diego, where he dove into the fluid dynamics of tropical coral reef aquatic systems. He then got a postdoctoral research position at the École Polytechnique Fédérale de Lausanne (EPFL), where his research ramified towards different topics involving the biogeochemistry and physics of alpine and polar lakes. In 2021, Hugo was appointed as Assistant Professor at the University of Pennsylvania, where he leads the Geophysical and Environmental Flows Laboratory. His current research focuses on (i) the fluid dynamics ice-covered water bodies, (ii) mixing and transport of geometrically controlled permeable flows, (iii) competition between convective modes of motion in differentially cooled and differentially heated water bodies, and (iv) the swimming strategies of microorganisms in aquatic environments.

Historically, ice-covered water bodies on Earth have been considered intriguing, quiescent, wintering, and hard-to-reach aquatic environments. However, driven by striking changes in ice phenology in the last decades, over the last seven years, interdisciplinary research years has revealed the complex biogeochemistry and the active fluid dynamics that seasonally ice-covered freshwaters support. During the seminar, I will overview what we know (in the western knowledge) about under-ice freshwater systems, emphasising the mechanisms that may drive fluid motion and enhance mixing. Finally, I will highlight open topics that warrant research for the next decade.